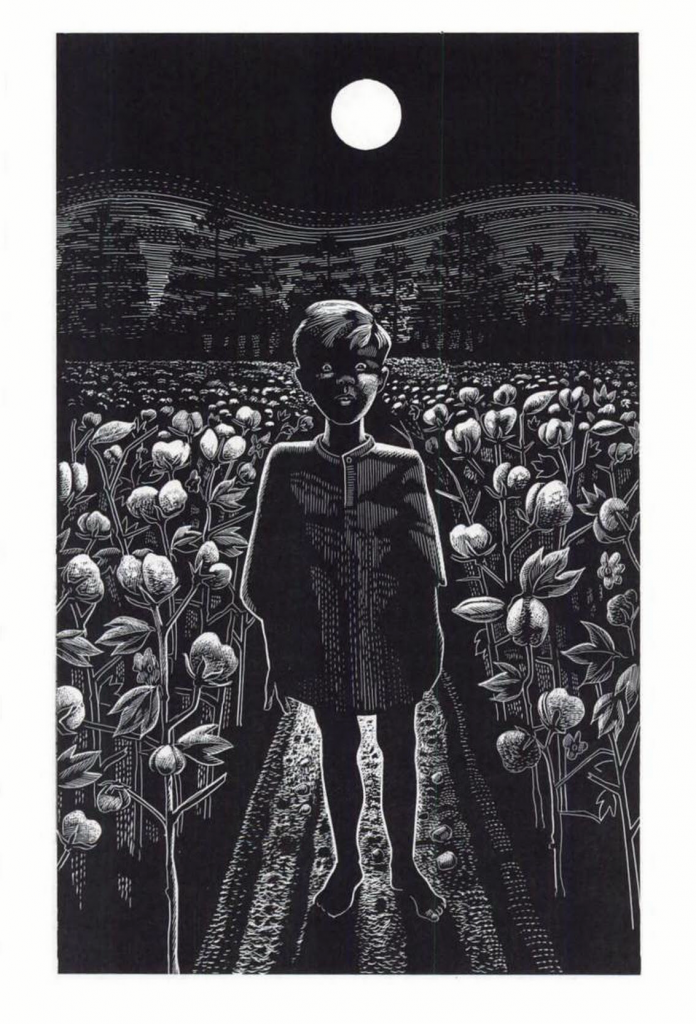 Illustration by Michael McCurdy from the illustrated edition of A Childhood: The Biography of a Place by Harry Crews (University of Georgia Press; 1995) 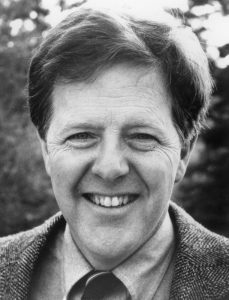 The recent Full Harvest Moon on September 16th delivered a powerful message. Such radiance, hanging low in the sky, already mesmerizes, and at first the moon just playfully called to mind instances when the moon shines within the pages of various books by Harry Crews. Which then led to the sad discovery of the passing several months ago of renowned illustrator, Michael McCurdy, who had illustrated the special edition of A Childhood: The Biography of a Place by Harry Crews (University of Georgia Press; 1995), which features the moon a handful of times. And what stirring illustrations! "His masterful cover and interior illustrations for A Childhood, by Harry Crews, poignantly portrayed Crews’s hardscrabble first six years in rural Georgia and Florida," said UGA Press in their tribute to him over the summer.

The moon shines, often ominously, throughout Crew's A Childhood: The Biography of a Place: 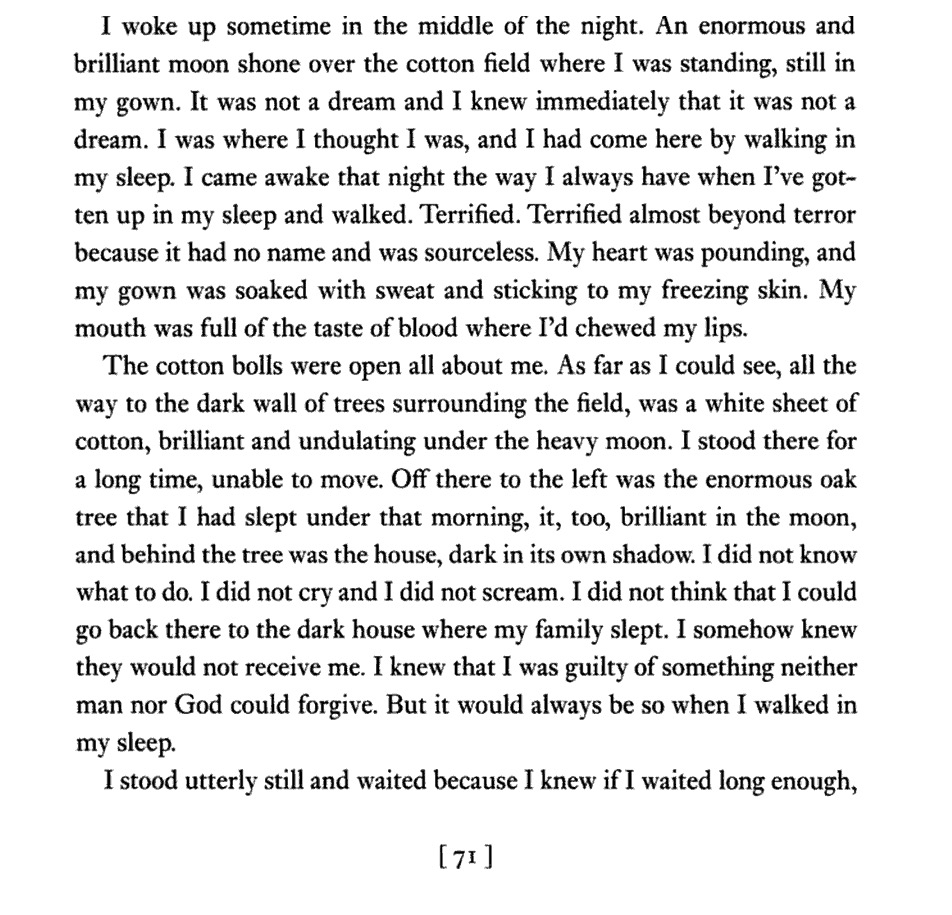 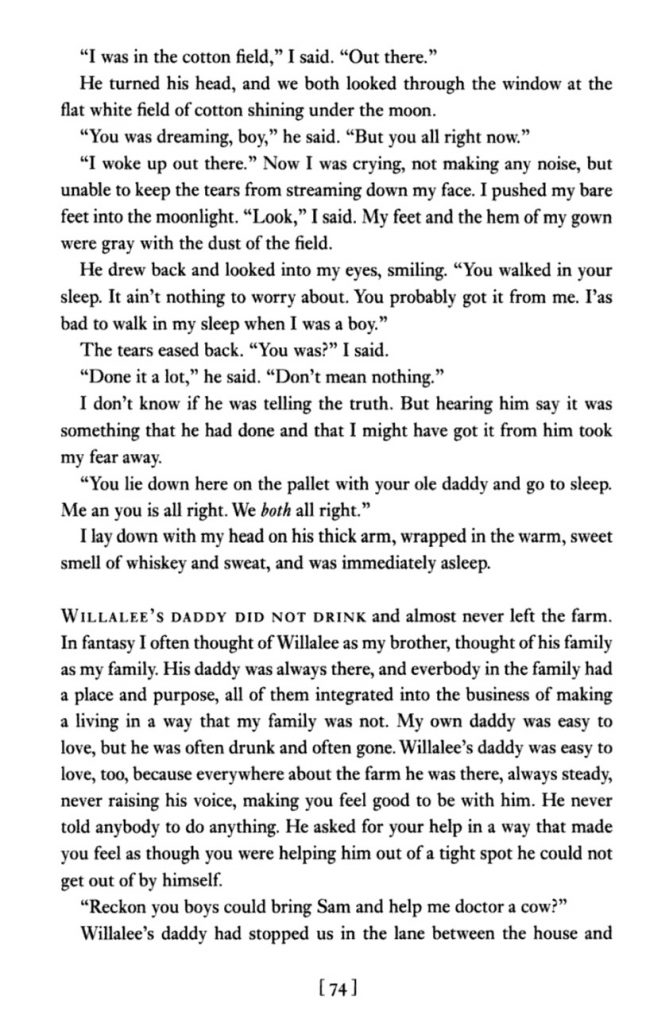 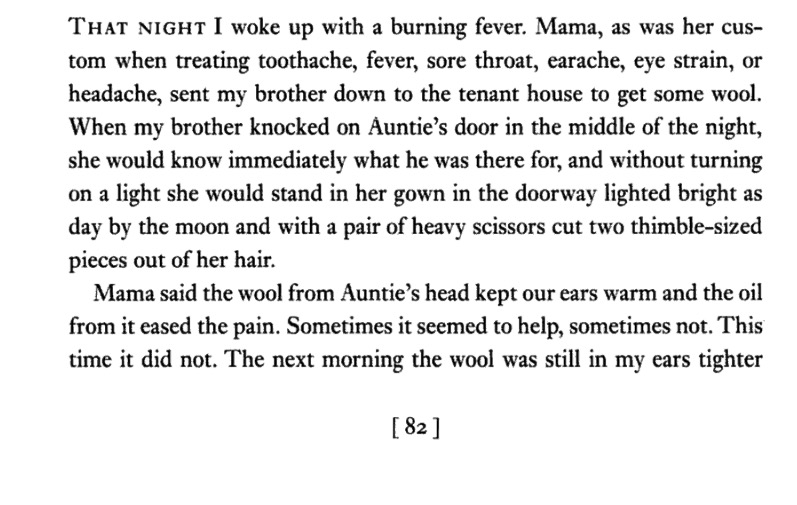 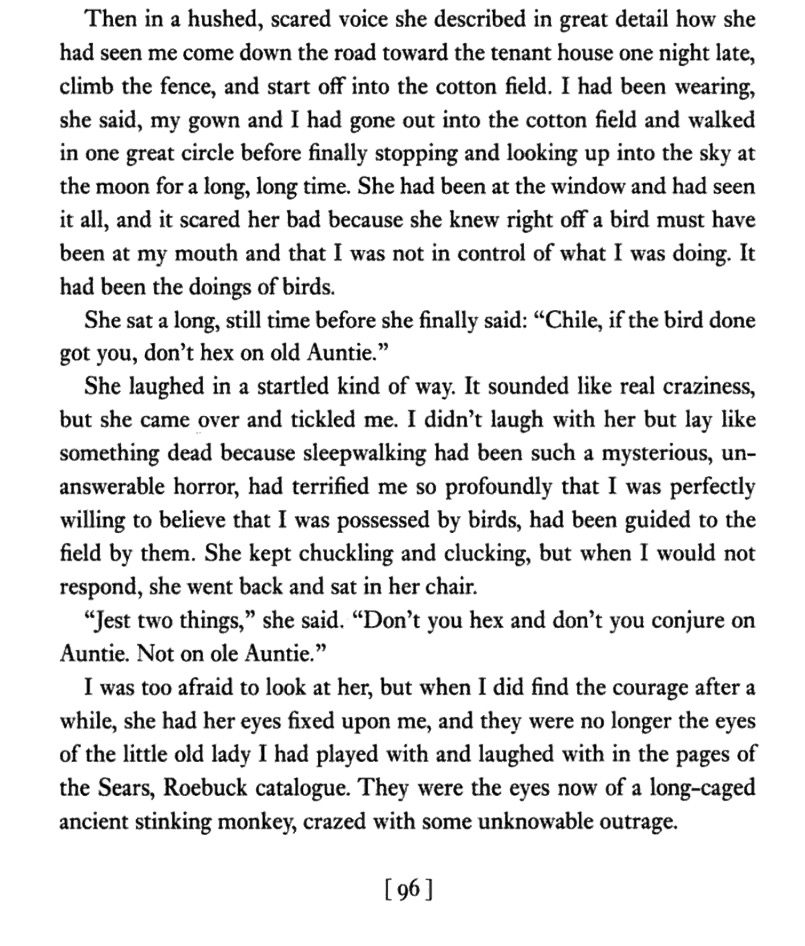 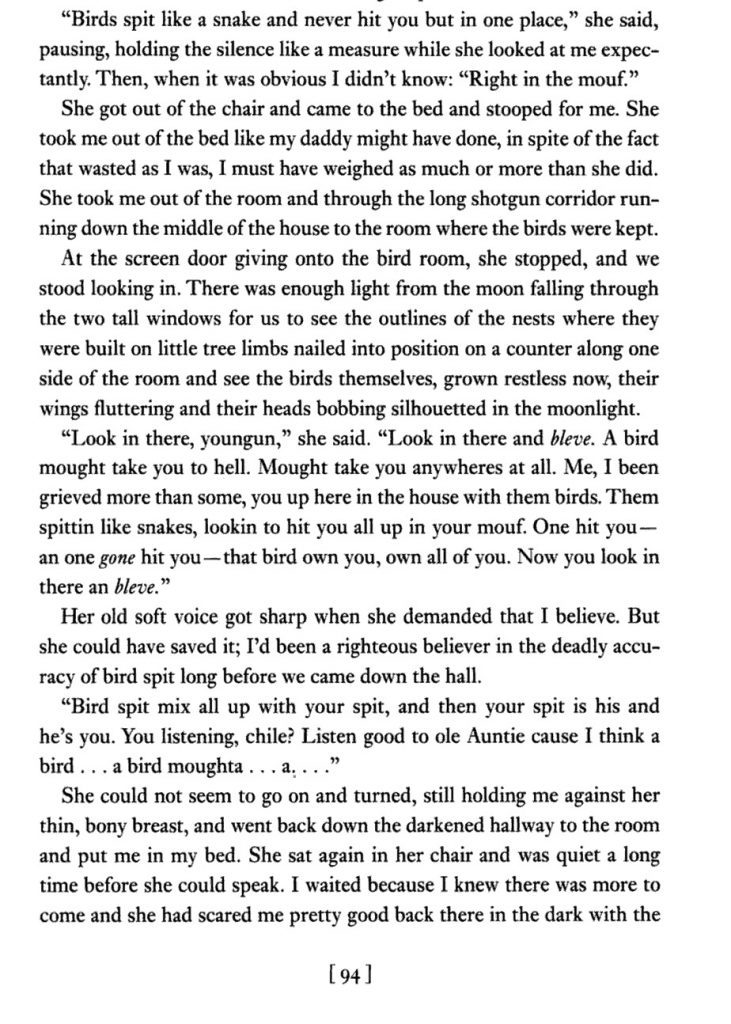 And she orbits Crews' Scar Lover and A Feast of Snakes, too: 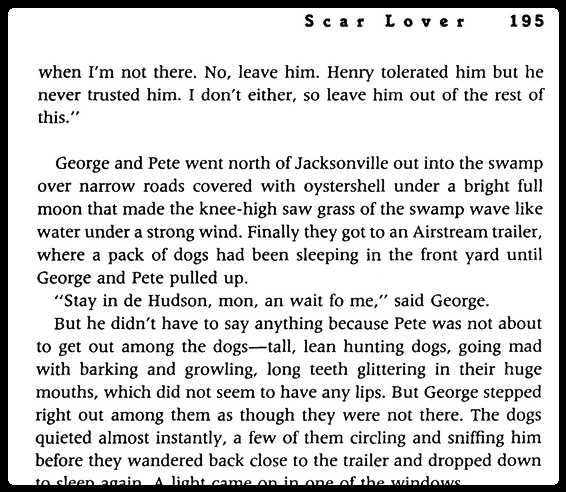 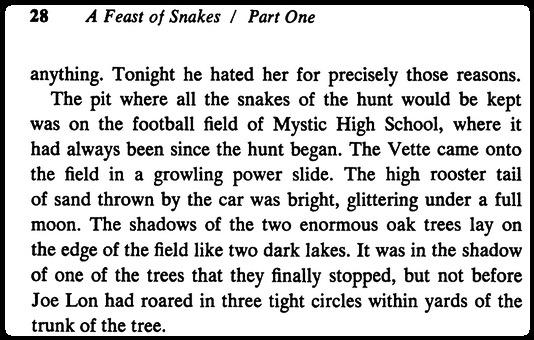 And she also waxes and wanes into the Crews essay "The Wisdom of the Groin," which first appeared in the 1989 Valentine's Day issue of Playboy and was later reprinted in Madonna at the Ringside: 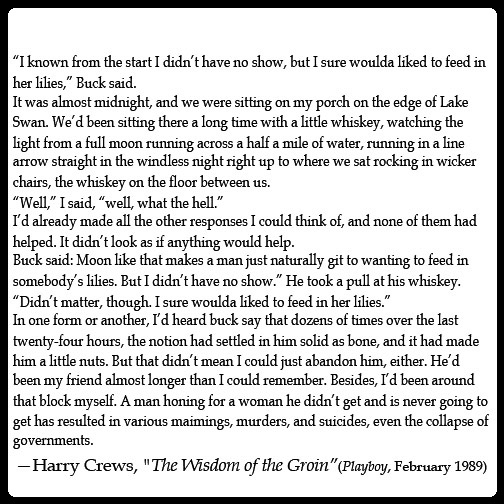 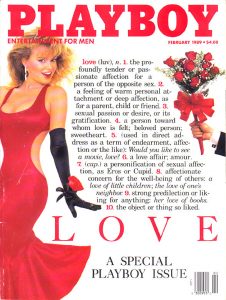 Very apropos of this post, McCurdy also authored and illustrated a children's book about the full moon, An Algonquian Year : The Year According to the Full Moon in the year 2000. 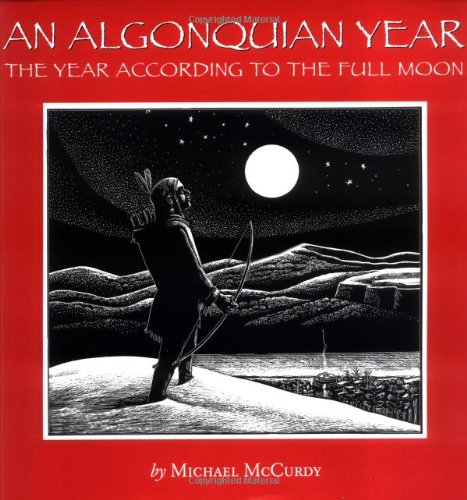